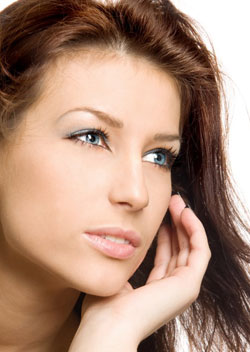 Rhinoplasty can shave a bump off of your nose and, according to a new study, a year or two off your age.

The study found that the anti-aging benefits of rhinoplasty were statistically significant, and, on average, patients looked 1.5 years younger after the procedure, according to Ali Sepehr, MD, and researchers at the University of Toronto.

During the study, 50 people guessed the ages of 53 rhinoplasty patients in before-and-after photos. The patients ranged in age from 15 to 61, and about three-quarters were women.

Patients who had a hump reduced or removed saw the greatest anti-aging effect. Among these patients, the reduction in perceived age was 1.6 years younger after surgery, compared to 1.1 years for patients who did not have a hump prior to surgery. Those with a droopy tip also saw more of the age reduction benefit.

Whether a patient was older or younger at the time of surgery was less of a factor, the researchers reported.

“Older patients tended to enjoy a greater degree of rejuvenation,” they wrote in the study. But the differences between age reduction in older vs. younger patients was not statistically significant.

While rhinoplasty may make you look slightly younger, this is not the reason people choose the procedure. Patients are usually motivated to have nose surgery in order to improve the look of their nose or to improve their breathing.

Dr. Sepehr told Reuters Health, “I wouldn’t say that in terms of the findings of this study, it adds a major reason to go forward with the procedure. It’s just a nice added benefit when somebody’s already going to get the procedure for another purpose.”

Nose surgery can reduce the size of the nose, remove bumps, improve the nasal angle and alleviate breathing problems. To learn more about nose surgery, contact Dr. Will.