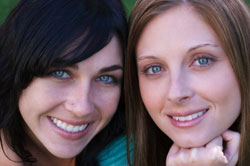 Jenny McCarthy recently shared that she uses Botox, but not everyone is comfortable with discussing their cosmetic surgery procedures, as it can be a sensitive topic for some.

Mary M. Mitchell, the author of several etiquette books, recently wrote a Reuters story about what she views as proper etiquette regarding cosmetic surgery.

For instance, if you run into a friend or acquaintance who looks different and you think they’ve had cosmetic surgery, don’t blurt out a comment, Mitchell says.

Many people may be sensitive about speculation on their appearance.

If you do ask a question, she recommends keeping it simple and keeping your reaction low-key.

Here are some other tips from Mitchell:

Don’t ever ask a person if they’ve had a specific procedure, such as a “nose job” or “implants.” It’s bad manners, according to Mitchell. Instead, tell them they look great, and it’s their decision to volunteer specifics.

Don’t criticize your friend if he or she is considering cosmetic surgery. Don’t try and talk them out of it, says Mitchell. However, “it is equally important not to agree that the person does, indeed, need the work done,” she says. It is their decision to make.

When someone tells you they have had a procedure, don’t judge. Mitchell says the safest reply is to ask if they are happy with the results.

When discussing cosmetic surgery, don’t gossip and share the names of other people you know that have had a procedure.

If someone does reveal they’ve had cosmetic surgery, Mitchell says to ask how they’re feeling.

If you’re the one who has had a procedure and you don’t mind sharing, Mitchell says that “you can make it easier on those around you by opening the conversational door.”