Cosmetic Surgery for African-Americans on the Rise 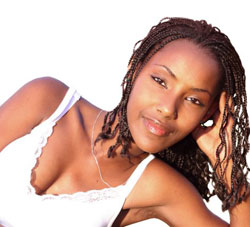 The program spoke with black women who have undergone breast augmentation and nose surgery and featured a Botox party in Beverly Hills attended by African-American women.

One guest, Phyllis Jackson, said that culturally she feels there is pressure from the community that “African-American women don’t need to have beauty enhancements.”

Linda Caradine-Poinsett, 50, said that despite the cultural stigmas, she chose to get cosmetic procedures that gave her bigger breasts and a smaller waistline.

“I think African-American women are still in the closet about having plastic surgery…(but) I think we’re doing it a lot more,” Caradine-Poinsett said.

The butt lift, where fat is removed from areas like the stomach and then injected into the buttocks to enhance and reshape it, is also becoming more popular with African-American patients.

One black woman told 20/20, “I’ve wanted my backside larger all my life. One day I just woke up and everybody was talking about butt, butt, butt. They’d had this surgery and that surgery.”

In addition to cultural attitudes, there may also be some scientific reasons why fewer black women turn to cosmetic surgery. For instance, one surgeon explained that darker skin has natural protective factors against the sun, so blacks often don’t have the same amount of wrinkling as those with lighter skin.

While the majority of cosmetic surgery patients are white, more minorities are embracing cosmetic surgery. A 2010 patient diversity survey by the American Academy of Cosmetic Surgery confirms evidence of the trend.

The survey reached out to African-Americans, Hispanics or Latinos, and Asians and found that half of respondents felt the popularity of cosmetic surgery had grown among members of their ethnic group in the last five years. In addition, blacks and Hispanics were more likely to indicate growth in popularity in the last five years when compared to other racial/ethnic groups.