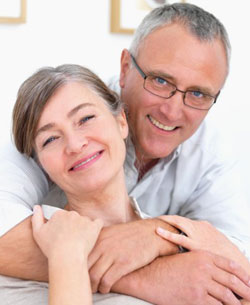 As more men embrace cosmetic surgery, more couples choose to have procedures together.

There’s anecdotal evidence from surgeons that this is a growing cosmetic surgery trend.

Cosmetic surgeon Dr. Mitchell Chasin says, “Years ago, we would see a wife come in and she would say, ‘I can’t let my husband know what I’m doing.’ And then the husband would come in and he would say, ‘You know what, this is a secret, please don’t tell my wife.'”

But today, according to patient Ira Almeas, the man’s attitude is usually along these lines: “If you’re gonna look good, I want to look good!” Almeas and his wife each had Botox, fillers and laser treatments.

“It’s been destigmatized with men,” says Snyderman, who says procedures like Botox and fillers have become more acceptable.

Doctors who say they are seeing more couples cosmetic surgery report that their patients are typically in their late 30s to early 60s. Usually the women are done having children and both are having trouble losing weight through diet and exercise alone.

It’s no surprise then that liposuction is one of the procedures that is very popular with couples, although men and women often target different areas.

According to surgeons, men often request liposuction for their stomach, chest or chin, while women request any number of areas, such as their thighs, neck or arms.

Reita Greene, 59, had a facelift in January and says she was motivated because, “I wanted to have at least one good picture with my grandchildren before I die.” Her boyfriend of 16 years plans to have the procedure as well.