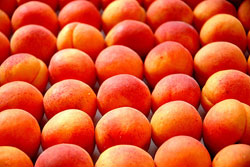 Simply adding a few more servings of fruits and vegetables to your diet each day can improve your skin tone, finds a new study.

Researchers from the School of Psychology at the University of St. Andrews in Scotland followed 35 people for six weeks, recording their diet and skin color. It linked an increase in fruit and vegetable consumption with perceptibly healthier and more attractive skin color.

The researchers found that the redness and yellowness in the skin increased as participants ate more fruits and vegetables.

Lead researcher Ross Whitehead said it is due to the impact of carotenoids. “These are red/yellow plant pigments, which are distributed to the skin surface when we eat fruits and veggies.”

In addition to the changes in skin color, the researchers also linked eating more fruits and vegetables with increased attractiveness.

The diet in the study is easy to replicate and gave participants relatively quick results.

Whitehead said that changes were noticeable when participants had just two additional portions of fruits and vegetables a day during the six weeks.

The carotenoids that were studied included beta-carotene and lycopene. Foods rich in these include:

Because most of the study’s participants were white, further research is needed to see how diet affects other groups, the researchers said.

Only 25 percent to 30 percent of Americans eat the recommended amounts of fruits and vegetables, according to dietitian and nutritionist Samantha Heller.

“But once the word gets out that eating fruits and vegetables can make you sexy, attractive and maybe even look younger, hopefully, the carrots, kale and cantaloupe will be flying off the shelves and into people’s meals,” she said.

Non-invasive laser skin resurfacing is also effective for improving the skin. The laser is able to remove unwanted tissue, such as scarred, lined, wrinkled, pigmented, and otherwise imperfect skin, leaving you with a better complexion.