Facts About Botox Every Patient Should Know 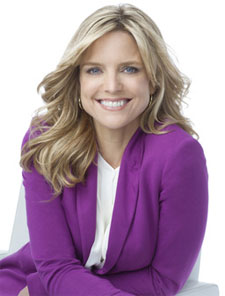 Actress Courtney Thorne-Smith uses BOTOX® Cosmetic, and she isn’t hiding it. She told People magazine, “I’ve used it, I like it, it works well for me. That’s just the simple truth.”

She is also helping Allergan, the maker of BOTOX, educate consumers on facts about BOTOX and changes in perceptions about the injectable since the drug launched almost 10 years ago.

Allergan reports that since FDA approval, the number of women who believe that BOTOX is an effective way to treat frown lines between the eyebrows has increased from 21 percent to 79 percent in 2010.

Women, like Thorne-Smith, have become more open about getting BOTOX treatments, and 90 percent of women who have had BOTOX say they would recommend it to a friend.

“I found I’ve been able to use it and have full expression and look really normal,” she said. “I found the frown line was distracting me – I was conscious of it. Now I’m not.”

Here are some facts about BOTOX, in response to some of the most common questions consumers have about injectable treatments, according to a survey conducted by Allergan and HealthyWomen of 826 U.S. women ages 35 to 65.

Botox safety: For every injectable treatment, including BOTOX, it’s important to review the Important Safety Information and Medication Guide with your physician as serious side effects can occur. The most common side effects include pain or temporary bruising at the injection site, temporary tiredness, headache and nausea.

Cost of treatment: Cost varies across the country based on a number of factors. Allergan reports that according to one survey of doctors, the average cost of BOTOX is approximately $400 for treatment of the glabellar lines between the brows.

Facial movement after Botox: Injectable treatments such as BOTOX should not radically change one’s appearance. When BOTOX is administered by an experienced physician, a person can still frown and look surprised without lines between the brows.

Length of results: BOTOX treatment effects can last up to four months.

Discomfort from treatment: Discomfort associated with the injection is usually minimal and brief, and your physician may apply an ice pack or anesthetic cream.