HOW FACEBOOK IS CHANGING THE WAY WE GO ABOUT COSMETIC SURGERY 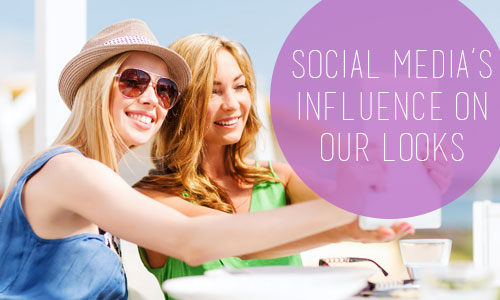 A recent survey has made an interesting connection between social media and cosmetic surgery procedure. This is how popular social media sites like Facebook and Instagram are quickly changing the way that many Americans are handling their looks.

According to a recent survey by the American Academy of Facial Reconstructive Surgery (AAFPRS), requests for cosmetic surgery as a result of photo-sharing on social media have increased by 31%. Cosmetic facial procedures like the face lift and non-surgical anti-aging treatments are now being used as a means for patients to improve their appearance in photos that they appear in online.

Social media has essentially put all of us under this same attention as celebrities that are followed around by paparazzi. Everybody with a smartphone is constantly snapping pictures of each other and uploading them to share with all of their Facebook friends or Instagram followers.

Essentially, as a society, we are allowing ourselves to be put into the spotlight far more often than ever before because of social media and it is because of this increased presence that many people have been seeking out cosmetic procedures. Several ordinary users have even launched themselves to a sort of celebrity status on these social media platforms, especially on Instagram or the video-based app, Vine. The public focus is being placed on a new kind of celebrity and even ordinary people being tagged in photos because of social media. It is no longer just the TV and movie celebrities that can end up in an unexpected picture online.

Remember, it is always important to consult with a trained cosmetic surgeon before pursuing surgery of any kind. If you have been curious about a certain cosmetic procedure, find out more by clicking below.