Is it safe to combine breast lift and breast augmentation? in Maryland (MD) | by Will Surgical Arts

Is it safe to combine breast lift and breast augmentation? 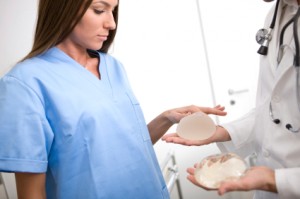 According to new research published in the latest issue of Plastic and Reconstructive Surgery, breast lift and breast augmentation are safe to combine into a single surgery.

Researchers reviewed 430 breast lift surgeries performed between 2005 and 2009, and of those 430 breast lifts, 332 of them combined breast augmentation (breast implant surgery).

The average patient was 47 years old, and approximately one-third of patients were undergoing a repeat operation after previous cosmetic breast surgery.

To determine the safety of these two procedures, researchers assessed rates of complication and the need for additional surgery (reoperation).

Of the 430 surgeries performed, 23 percent of patients experienced complications. The most common complications were:

Risks Are ‘No More than Additive’

The remaining reoperations in women who underwent combination breast surgery were related to issues with their implants, which led study researchers to believe that “the revision rate of combining the procedures is not more than additive in this study.”

Breast lift surgery and breast augmentation are two of the most commonly performed cosmetic surgeries in the U.S. and there are several key advantages to combining the two into a single surgery:

According to lead researcher Dr. Calobrace and co-authors “patients overwhelmingly prefer not to undergo a staged procedure and rather have the augmentation and mastopexy (breast lift) concurrently.”

Combination surgery can be a safe, cost-effective alternative, just as long as the proper precautions are taken in advance of surgery.

“With appropriate patient selection and a carefully planned operative approach, our data demonstrates a one-stage procedure can be safely performed with acceptable complication and reoperation rates.”