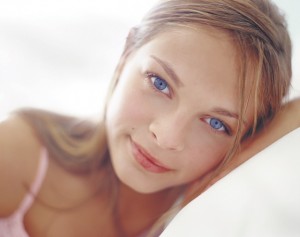 Another new study has come out claiming that aspirin may actually have the ability to inhibit melanoma.

The study, which was published in the medical journal Cancer, is by far the largest of its kind. Researchers at the Women’s Health Initiative were able to gather data from nearly 60,000 post-menopausal women over the course of 12 years.

During their enrollment, these women regularly answered questions about their diet, lifestyle habits (including sun exposure) and medication use.

What researchers found was that women who took aspirin at least two times per week showed a nearly 21 percent lower risk of developing melanoma (the most deadly form of skin cancer) than women who didn’t take the pain killer.

“We’re really excited aspirin could be used as a potential preventive agent for melanoma,” the study’s senior author Dr. Jean Tang of Stanford University said in a recent interview. “In terms of cancer prevention, a lower melanoma risk by 20 percent is very large and significant.”

And the longer women stayed on a regular dose of aspirin, the lower their risk. In fact, women taking aspirin for five years or longer had a 30 percent lower risk of developing melanoma.

Despite the results, the study’s senior author was quick to point out that this type of observational study isn’t enough to prove anything in concrete terms.

“We would have to do a large clinical trial, randomizing women to receive aspirin versus placebo, following them for 10-plus years.”

So the question remains: Should you start popping a couple aspirin tablets a week to lower your risk?

Opinions are certainly split on the matter, but Tang had this advice to offer women:

“In somebody who’s at high risk for melanoma, I would say that taking aspirin is a good idea.”

High risk means anyone who has previously been diagnosed with skin cancer (whether it be melanoma or a less dangerous form) or individuals who sunburn very easily.