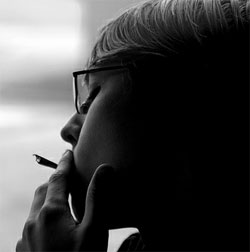 About 30 percent of patients who undergo elective surgery smoke, and these patients have higher hospital costs and more complications, according to a new study.

Respiratory complications after surgery were a major factor in the higher costs among smokers, according to lead author Dr. Aparna Kamath, a clinical assistant professor of internal medicine at the University of Iowa Hospitals and Clinics.

The researchers looked at data for 14,853 patients who underwent elective surgery at 123 Veterans Affairs hospitals during a one-year period. Thirty-four percent were current smokers; 39 percent were former smokers who had quit a year or more before surgery; and 27 percent had never smoked.

Other findings from the study, published in the Journal of the American College of Surgeons, included:

The researchers noted that quitting even a few weeks before surgery can benefit patients.

“Although our research did not directly address this issue, evidence suggests that quitting smoking before an operation, even as little as four to six weeks prior to the procedure, improves postoperative outcomes and decreases complications in patients,” Kamath said in a news release.

This research may be of particular interest to cosmetic surgeons and their patients, since cosmetic surgery is elective, so patients aren’t usually on a tight time line to get the procedure.

Based on the study, cosmetic surgeons could encourage patients who smoke to try and quit smoking a few weeks before surgery and schedule their surgery after that period.