Should I get ablative or non-ablative laser resurfacing? in Maryland (MD) | by Will Surgical Arts

Should I get ablative or non-ablative laser resurfacing? 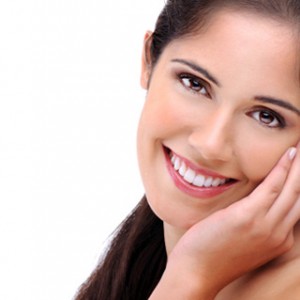 When used correctly, ablative and non-ablative laser resurfacing are both effective rejuvenation tools for the skin. That being said, it’s important to know what you’re getting yourself into before settling on any particular treatment.

Skin rejuvenation is known by many names: laser resurfacing, laser surgery, laser peel and more. But no matter what it’s called, all laser treatments use energy to penetrate through various layers of the skin to repair the appearance of wrinkles, discolorations, acne scars and other signs of aging.

Dramatic improvements can generally be seen after a single treatment, but most patients need two weeks or more of recovery time. During recovery, it’s common to experience some discomfort accompanied by swelling, oozing and crusting of the skin.

Ablative laser resurfacing is the best choice for patients who:

Meanwhile, non-ablative lasers are best at improving skin texture and tone. In some cases they may also be used to improve the appearance of fine lines, mild wrinkles and pigmentation issues as well.

A number of separate treatments are usually needed to see significant results, but recoveries are generally mild (especially when compared to ablative treatments). Other than some mild redness or swelling, the skin is not visibly affected, and most patients can resume normal routines right away.

Non-ablative laser resurfacing is the best choice for patients who:

Which laser resurfacing treatment is right for you?

The best way to find out which treatment is right for you is to schedule a personal consultation with a qualified cosmetic surgeon. He or she will be able to make a recommendation based on your skin type and cosmetic goals.