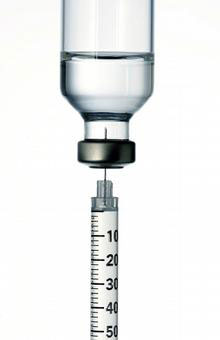 Hyaluronic acid fillers, such as Juvederm and Restylane, are a non-surgical way to restore volume to the face. The injections are safe, and hyaluronic acid is a naturally occurring chemical found in the body. However, patients should be aware of potential side effects.

A new study examined the incidence of edema, a possible side effect of dermal fillers, after hyaluronic acid injections. Published in the American Journal of Cosmetic Surgery, the study looked at cases of swelling for injections done to the under eye area. According to the authors, there has been an increase in the use of hyaluronic acid fillers for under eye rejuvenation during the past decade.

The study reviewed medical records of 51 patients who had received hyaluronic acid gel under the eyes between January 1, 2008 and December 31, 2011. Edema was defined as a clinically significant degree of swelling that lasted a month or more following the injection.

The study found that 12 patients (24%) had prolonged periorbital edema following the procedure. The average duration of the swelling was about 6 months, and Juvederm was the injectable used for the majority of patients (45 of the 51).

According to the authors, there were no signs prior to the injection that “consistently identified patients susceptible to the edema.”

The authors concluded that prolonged swelling occurred in a significant minority of patients. Because it is difficult to identify which patients might be most susceptible to periorbital edema, the authors stressed the importance of doctors discussing this potential complication with patients who are considering getting hyaluronic acid injections under the eyes.

The doctor’s injection technique also plays a role, so it is very important to find a physician who is experienced with the dermal filler.

During February and March, save up to $360 on Restylane. Visit www.restylaneusa.com for more information on the promotion.