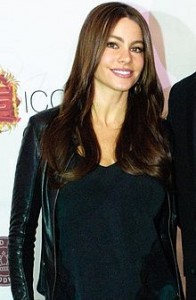 At this point, there’s no denying that Modern Family’s Sofia Vergara (aka Gloria) is one of Hollywood’s sexiest actresses, and like her co-star Julie Bowen, she isn’t afraid to open up about cosmetic surgery.

When recently asked by StyleCaster, the actress had this to say:

“Yeah, I would definitely do something. Not something crazy but little things here or there. Hopefully, when the time comes and I’m considering it, there will be even better treatments out there.”

Vergara is certainly right – the future of cosmetic enhancement is looking bright. Scientists are even developing new treatments that involve injecting stem cells taken from a patient’s blood to banish wrinkles.

This isn’t the first time Vergara has talked cosmetic enhancement. Back in 2011, she offered up her two cents to Health Magazine.

Sofia Vergara isn’t alone when it comes to her views on cosmetic enhancement. In recent years, the rates of both non-surgical and surgical procedures continue to see increases, despite a rocky economy.