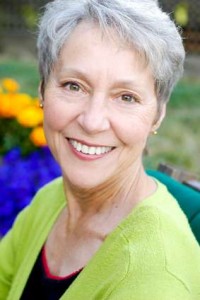 Divorce rates in the over 50 crowd have nearly doubled in the past two decades. And as a result of their newly single status, more senior* men and women are looking to enhance their looks with cosmetic surgery.

Well-preserved so-called female ‘silver separators’ like Susan Sarandon, 66, and ‘silver foxes’ like Richard Gere, 63, have become a source of inspiration for seniors as they re-enter the dating pool. They’re walking-talking proof that age doesn’t have to define a person’s looks or lifestyle.

According to the American Society of Aesthetic Plastic Surgery (ASAPS), men and women between the ages of 51 and 64 make up nearly 28 percent of cosmetic enhancements annually. While seniors over 65 make up a little over 8 percent – a nearly 80 percent increase in the past 10 years.

So what cosmetic procedures are the most popular with the over 50-crowd? According to the ASAPS, it’s mostly anti-aging surgical procedures that rejuvenate the face:

Not Everyone is Candidate for Cosmetic Surgery

Because cosmetic surgery is elective, it should only be performed when the risk of complication is extremely low. Seniors are more likely to be diagnosed with medical conditions that can increase their risk of experiencing post-surgical complications.

They’re also more likely to be taking medications such as anticoagulants (like a daily aspirin) that can interfere with the surgical process. However, generally speaking a patient’s overall health is a better indicator of their candidacy for cosmetic surgery rather than their actual age.

If you’re thinking about cosmetic enhancement, it’s best to schedule a consultation with a qualified cosmetic surgeon. He or she will be able to determine if surgery is safe and effective option available for you.

*We’ve chosen to loosely define senior by AARP standards as 50 years of age and older.