Wednesday Afternoons: Bad for Your Looks? in Maryland (MD) | by Will Surgical Arts

Wednesday Afternoons: Bad for Your Looks? 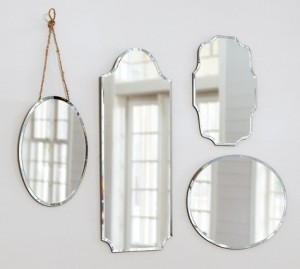 If you happened to take a quick peak in a mirror earlier today, you might be able to relate to the results of a new study.

St. Tropez (a self-tanning retailer), decided to investigate aging and how appearances change throughout the work week. And what they found was that women look their oldest around 3:30pm every Wednesday.

So what’s the deal?

According to the study, Wednesday is when low energy levels, work stress and the effects of late weekend nights prevail – leaving some women looking a little worse for wear.

Of those surveyed, about one in ten women (12 percent to be exact) revealed Wednesday to the most stressful day of their week – with one in five admitting they usually work through their designated lunch hour.

Wednesday isn’t the only stressful day of the week though; a quarter of women surveyed also admitted to feeling stressed out several times a week.

As far as weekend drinking goes, you might feel the physical effects the next day, but they won’t appear on your face for about 72 hours – otherwise known as Wednesday afternoon.

Interestingly enough, the study also revealed that once women make it over that Wednesday afternoon slump, they start feeling frisky. Thursday is when women are most likely to get romantic – giving them a rosy Friday glow.

As a result (along with several other reasons) Friday is the happiest day of the week for 60 percent of study participants.

While we’ll admit the results of this study are certainly interesting, it’s important to consider the source.  In addition to researching the aging process, St. Tropez also sells anti-aging products. This study in particular, coincides with the release of their newest anti-aging self-tanning lotion.