The Anti-Aging Benefits of Red Wine 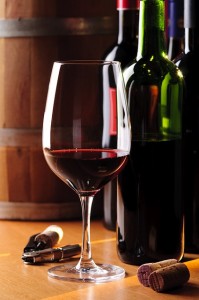 By now, you’ve probably heard of and possibly even toasted to some of the anti-aging benefits of red wine. Resveratrol, an antioxidant which has been shown to slow the aging process, is a natural component of red wine.

Resveratrol is one of 600 antimicrobial compounds known as phytoalexin. These compounds are made by plants and can shield the skin from harmful UV exposure, infections and climate change – which ultimately leads to an anti-aging effect on the skin.

Though numerous studies have investigated the benefits of ingesting resveratrol; few have looked at the antioxidant’s effectiveness when applied externally to the skin. Despite this, a number of new skincare spa treatments (otherwise known as “red wine baths”) have come out recently claiming to reduce signs of aging with the help of resveratrol.

So what has research shown us so far?

From the current available research, resveratrol does seem to be an effective topical skin treatment. However, it’s important to recognize that these studies only investigated regular use of resveratrol – which means you should probably think twice before dropping a significant amount of cash on a spa treatment that involves only a single session.

If you’re feeling a little sceptical about resveratrol, we suggest opting for some tried-and-true anti-aging treatments that will improve your complexion instead.

Popular minimally invasive treatments include microdermabrasion, chemical peels and laser skin resurfacing. Skincare products such as Vitamin C and tretinoin can also improve the tone and texture of your skin, producing a healthy, luminous glow.